The first time I saw Julie in person, after a number of emails and phone calls over several months, was coming into the Durango airport reception area. She was standing on the left side of the group of greeters with a big smile that couldn’t be missed, and I didn’t—immediately going up to her, probably with a smile nearly as big, and giving her a big hug after telling her how glad I was we could identify each other so easily. I had worn my new red Ferrari baseball cap which she knew to look for, so I would also have been hard to miss. We soon went out to her nice new Honda CRV and got on the road for an hourly trip up the wide expanse of countryside at the foot of one range of magnificent mountains on our way up to Pagosa Springs with another soon to follow.

It was already a very pleasant drive with my lovely new friend. She had been a little apprehensive about driving back at this hour of dusk since there are typically so many large wild animals heading back at that hour from daily foraging migrations to their favored spot for the night. And sure enough a large elk suddenly appeared out of nowhere in the middle of the two lane blacktop (!). Fortunately, Julie saw it before I and succeeded in braking and swerving away from what could have been a large amount of gruesome trouble. I felt grateful to the gods (and goddesses) that we had been spared this dilemma on our first “date,” which as I had said to her in a recent phone call, must surely be the most elaborate prep time for a first date that I had ever experienced, after all our long calls and emails and now our first plane trip across the western mountains between California and Colorado to meet in person.

I hadn’t been in Colorado for several decades, as I surveyed this most northeastern niche of the great Four Corners region tucked in where the Southerly towering Rockies hit the ground, a place I hadn’t particularly known what to make of on my previous drive all those years ago, apart from the raves I had remembered hearing from several old friends back in the late Seventies when I had lived in the similarly beautiful mountain wonderland above Boulder. The countryside had a somewhat more subdued look and the buildings a more rustically uniform appearance than those in the California Motherlode where I had been living for the last 20 years, but it was beautiful country in the rugged high plains, now and then with little groves of aspens with their ghostly white bark, still stubbornly holding on to their last desiccated leaves in the late autumn breezes—always an unforgettable sight. The date was November 2, 2010, and I was very happy to find Julie as lovely and charming as I now expected after remote conversing, and happy to get out of the record four foot snow fall that had occurred only a few weeks before back home. Here, it still felt like early Fall in spite of the high elevation—so much for our highly-touted balmy California climate this year, compared to expected harsher high elevation weather out here, now rolling by so easily under our wheels just a few miles west of the continental divide.

We soon came to the city limits of Pagosa Springs and began to wind our way through town to a little place called Nello’s that Julie knew and had arranged as our first stop for refreshments and a little live music. It was encouraging to see a number of older locals, like ourselves, out for an early evening of entertainment and fun at midweek. The band got into a respectable cover of a blues tune that I found captivating enough about midway through to be unable to resist getting up and dancing on what was unfortunately a terrible dance floor surface with outdoor shoes, but happy feet could not be held back the whole time from such a good musical groove. Several of the regulars, who had also been doing a little dancing of their own a few moments before, took notice and were very encouraging, as was Julie, who was beaming her beautiful smile at the nearby table, as I got loosened up a bit after spending a day patiently sitting in trucks, planes, cars and airports.

It took a little longer than expected to get finished with our light entree order and get back on the road to her little house by the lake, which I would soon see as we drove along the lake-side road. At one seemingly random moment, I happened to look out my passenger side window towards the lake and glanced up to notice the patch of sky in an opening in the canopy of tree tops and … OMG, could it really be the Pleiades peeking through, as it almost certainly was? I had been quite familiar with this famous and easily identified open star cluster from my youth and even more so, recently, and did not doubt what I saw—though I was momentarily incredulous—because something didn’t look quite right. I quickly mentioned this in as casual way as I could manage, but without looking away, to Julie, who knew of my current involvement with this iconic region of the sky, and who also appeared to catch a glimpse of this sighting as well. We both perked up at such a remarkable coincidence as we momentarily stopped to pick up mail at her local box.

We quickly rolled down the driveway across the street into a nice garage of the little house that I would soon see was kept in good order and in a well-decorated fashion, with the exception of over-stuffed living room furniture that had been evidently abandoned to cats needing a scratching post. The padded love seat served as our place to finally settle down together with a cup of tea for our moment of calm perception without being around lots of people or moving down the highway. I laughed as I remembered Julie’s comment about what we would probably do when we finally got to meet in person—just stare at each other. We could both tell that we were well pleased to be together at this point and talked easily as we had by phone for the hours we had before. It had been something of an early mutual admiration dialogue after she sent me her new book, Goddesses for Everyday, which, upon receiving it by mail shortly beforehand, had seemed to me quite a beautiful book and an impressive achievement on her part. I had also read her earlier book Messengers, which I found a memorable and impressive literary milestone for a first novel.

Something magical had begun to dawn on us early in our correspondence and later phone conversations that neither of us had ever quite experienced before: we had actually begun to feel ourselves being drawn together by waves of powerful feelings that had surprised us both (in our mid-sixties, etc.), but that we both willingly acceded to in our unusual intriguing distance courtship—for it quickly turned into that—only a short time before we realized that we were or already had … virtually fallen in love in spite of our mostly more cautious trial balloon professional personae that had gotten floated first. So here we were, wondering what manner of adventure or curious encounter we might have bargained for, or were about to discover, feeling drawn to each other but having only held hands for the first time earlier that very evening after our warm airport greeting. And then something completely unexpected happened …

The ceramic table lamp with its huge shade next to the love seat on Julie’s side … suddenly went out and put the room into near darkness. We both felt slightly shocked and probably inwardly elated because it seemed … rather soft and mellow, and then she happened to look up to see, framed in the high glass window in the gable end wall … a perfectly cropped image of the same Pleiades Constellation, floating by (!). She audibly gasped and asked if was not the same friendly star cluster that I had seen through the car window just before coming into the house (?). It was. Even though we had both become used to these curious “synchronicities” happening around certain strategic events and circumstances in our lives for a number of years, we were both very surprised that this could be happening in this most curious way to us at this strategic moment!

It gave us a most imaginative mindscape to contemplate together on our love seat in a darkened room with an inclination to be leaning backwards and looking up. Our alerted minds were now clearly artfully blown, perhaps to help us get over a momentary jitter as we wondered what might happen to us in a situation such as this. What happened was what would naturally be expected. We reached out to hold each other, and I soon felt the elation of her first tender kiss under the attentive graces of the Seven Sisters who had come to preside over our first union which persisted until we finally landed in our separate beds on my first evening with the bright and beautiful lady who would be my companion over the next greatly engaging and gratifying week. What a first date! 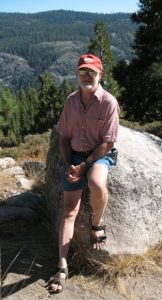