Introduction to the *5 Star Series*

Publication of the first volume of the *5 Star Series,* The Star Table Trance Missions, dates to May of 2015 (with circumstances happening in 2011) and was my attempt to present and describe the rather startling results that my now wife Julie Loar and I had gotten from our first experimental hypnosis sessions (that’s the trance part) begun almost as a lark. She had had some success as a subject working with trainees learning hypnotic induction as part of her local Colorado instructor’s group and had also recently experienced what would be called a “big dream” in Jungian terminology, which we set out to investigate further with enhanced recall using hypnotic suggestion.

Well, we got that and so much more (!), wrapped in an ongoing multimedia movie that is still being incremented into sessions numbering in the mid-nineties. These “Telepresence Conferences” with volume assignments of 14 nearly hour-long sessions each, were a major breakthrough in life for both of us as we were told of our long-term lifetime circumstances as Pleiadian hybrids with Earthuman mothers and Pleiadian ET fathers, among 100 other similar individuals as part of an ongoing experimental genetics project. It was a stunning revelation even though we knew that something very unusual had been going on with us our whole lives since we had already accumulated enough information from various peculiar experiences to consider ourselves “contactees.”

The main theme of the *5 Star Series* is that the Earthuman genome has been created by racial groups visiting Earth primarily from five different star systems: Aldebaran and the Pleiades, the Sirius diaspora, Arcturus, Andromeda, and stars in the Cygnus region of the sky. This is said to have happened over a much longer period of time, literally millions of years, than our current scientific studies on Earth have understood or acknowledged. The Darwinian hypothesis, of course, while partially correct about Natural Selection, is seen as a mere beginning of a fuller understanding of both ancient Earthuman origins and current events still in process (like us and the thousand or so others of our hybrid generation). Each of the five volumes in the series is dedicated to one of the star groups, as noted, and there is now also three volumes of an extended series, 6,7, and 8, set to be freestyling on this web site, Volume 7 first (beginning with TC Session 85) and then Volume 8, beginning with the most recent sessions, TC Sessions 99 & the centennial 100 (Volume 6 has as yet not been transcribed).

We had been highly motivated for some years to find out more about the unusual contact events we had experienced, each having been strongly drawn to the stars: I had worked in space science research as a satellite instrument designer; Julie had a most avid interest in science fiction from childhood; I had had several close-encounter sightings of UFO/ET space craft; Julie had relatives who had witnessed top-secret government operations involving alien ET crash-site body retrievals; and we had both been semi-professional astrologers for some decades. There were other situations of note for me, particularly including unusual experiences with birds, which I have written up in my “Contactee Memoir” entitled Winged Messengers (available as an ebook at many online sites along with the first two volumes of the *5 Star Series*, the second being entitled Star Family Excursions [TC Sessions 15-28] March, 2016). Our third volume of the *5 Star Series* entitled Star World Ascension [TC Sessions 29-42] will appear as an ebook in mid 2018.

It takes some time for me to produce the transcripts (“trance scripts”) of our sessions and get them organized and edited into good-enough book form, so there has been an unfortunate but unavoidable time lag from some of the timely commentaries offered by our ET guests and their consultants to the connected events in our physical space-time world (our family Pleiadians time travel from 330 years in our future). This has led me to put up my new ‘TedDenmark.com’ web site so that newer sessions can be posted online before there are enough to collect into a new book volume. The world is ever so much more in a tumult these days, not only from the most exotic EFO/ET events but more generally as it careens into the major new event horizon of Century 21, nearly exactly 100 years after the most momentous events of the early Twentieth Century, like scientific discoveries (atomic elements, drugs and vaccines, etc.), technological revolutions (aeronautics, manufacturing engineering, telecommunications, etc.), and major historical events (Russian Revolution, World War I, fiat money, etc.).

We believe that what has been going on as top secret events and proceedings worldwide, beginning a little later in the Twentieth Century, particularly involving ETs vising Earth from numerous places in our local galaxy, particularly from the Pleiades Open Cluster, as well as Earth civilizations making advanced technological breakthroughs, particularly Germany and America (but also the Russians), will also set the pace for the most momentous events of this new century … that are either just about to happen—or are already happening (!). Much of this story really is mind-blowing to realize since so much information has been suppressed by secret government machinations—and enforced by military and intelligence agency—decree.

But as most people say in disbelief, upon hearing of some of these astounding cover-ups, the fabled ‘Conspiracy Theories,’ of “telling truth to power” … about which has often been said, “These shocking things could not be true because we would have already heard of them by now—they could not have been kept secret this long!” They are only partially right, but now is the time for these secrets to become public—at least in an opening round—with a lot of help from the Internet. And it may turn out to be a narrow window since the Internet is now being subjected to a first major onslaught of censorship as well—so it’s going to be at least a cyber fight in the Wild, Wild, Wild West in any event (of course some of the “hate speech,” blatant terrorist recruiting, and just pure madness, now erupting there in force, does need some supervision and isolation by fair-minded jurists aware of free speech–and not only corporate-centric–rights).

So, this is our modest contribution to the ferment that can no longer be kept from a more enquiring public awareness, which we believe we have been groomed to attempt to present in an effort to help guide a more truthful disclosure to this new public awareness of what our beautiful but threatened little planet around an average star in an obscure part of an ordinary galaxy … has now come to. In addition we are most grateful to have had the space in our time and place to have lived out such a great realizable phantasy. But we really hope that we, as exotically racially mixed Earthumans, will really be able to do better as we are forced to acknowledge the “unavoidable inconvenience,” to echo a party candidate who should have become president (maybe) that has put us in the crosshairs. We are going to go forward—that much is guaranteed by “our ETs”—but where we land is going to be up to us. We appear to be a bit  more resilient than reptiles, and as persistent as head-bobbing pigeons, and like Faulkner, the great novelist in his Nobel Prize acceptance speech, we hope Earthumans will not only persist, but prevail … and here is Faulkner’s missing ellipsis … in a good way.

So, to begin with our early offering, starting in late 2010, first come the long outline summaries for Volume 1 The Star Table Trance Missions, to provide context for the later sessions, particularly those in the Extended Telepresence Conference Series.  Then follow excerpts from Volume 3 Star World Ascension, Sessions 39 & 40.  More will appear from the other volumes as material gets transcribed … and some will eventually be put up as audio files (like Session 85 in the ExTC Series 7, following the *5 Star Series*).  Needless to say, if you want to read all the material in finished ebook formats, the full ebook volumes are available at all the usual online outlets for a modest $6.99.  Final tip: the PDF versions are the best; sadly, the proprietary ebook formats only provide a simplified likeness (in one typeface!) of the original ebook.

“The game’s afoot, Watson … “ as our dear Hilarion likes to say. 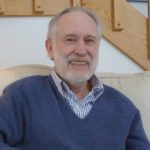