This is the short exchange of conversation between Julie and Ted, which they usually call the “debrief,” conducted after Session 40, Part 1, ended, more than a year after the original Session 39, Part 1, which it was an attempt to complete because of a battery failure. It probably doesn’t need more of a summary.

Conducted and later transcribed by Ted as hosted by Julie at her house in Pagosa Springs, CO, the transcript is speaker-identified open-text dialogue with briefer comments placed in-line inside corner brackets (“< … >“). As soon as Julie emerges out of trance from the short first part of the session, Ted says …

Ted- You can begin to speak now in your normal state of consciousness as soon as you’re ready.

Ted– [surging laugh] Wow …! Well, I’m so glad we did this (!). It feels like a complete victory—a victory for the day and for session 39—it’s extraordinary! In any event, it’s really finished and complete now. It was so amazing …! I’ve left the recorder running, so you can add whatever you might wish, now from full waking consciousness … no hurry, but as soon as you’re ready … perhaps you could tell us a little more about your just completed experience.

Julie– It’s hard to put it in words. <I’m sure.> It was enormously emotional, and I have a sense of him now … in a way that I never had before.

Ted– It was the most beautiful thing I’ve heard in a long time.

Julie– You know, he’s always cast as this sort of … I don’t know what you would say, almost …

Julie– Yes! A weakling in some ways, and I guess to make a show of the title, “Prince of Peace” or whatever. It’s completely inaccurate (!).

Ted– Go ahead with what you saw or felt or … experienced, then …

Julie– Ironically, his nature is, ah, spiritually compassionate but also much more like a … I don’t know how to say it so I don’t give the wrong impression … that in some ways he’s more like a warrior or like a bodhisattva type of character with unbelievable courage (!). <Yes, I’m sure.> That’s not a surprise, is it? <No …> Why is it that it never occurred to me before? I mean, I feel like that was my experience and a precious gift that I will never forget—to actually get a glimpse of who he really is (!).

Ted– Well, that is truly marvelous, I have to say, which in many ways is the high point of all our efforts with this experiment we’ve been doing … <Yes!> but for the recording, from what you can now immediately remember, can you give us any more impressions of his appearance, facial expressions, or perhaps the garments he had on at the time?

Julie– Yeah, he was dressed, I would say, in desert garb, a robe … he didn’t have anything on his head, though there was something on his shoulder … I can’t tell you everything for sure because I didn’t look at his feet …

Ted– Uh-hmm … was he standing right next to you … seemingly?

Julie– It was as if he was on my left side at about a 45 degree angle … he wasn’t right in front of me, whatever the significance of that might be, but he was slightly … he was looking right at me, and I was looking right at him … but I don’t know what the significance of that is, but it looked like 45 degrees from centers between knees and shoulders—if that makes any sense (?).

Ted– Was it like you were also standing upright? <Yes.> And could you tell where you were at the time?

Julie– I went back to the same place as before. <Same place, uh-huh …> We were in the same location, but he was the only one present … <I see.> the only one that I was aware of at that point.

Ted– Wow (!), that is just so amazing. Well, Julie, unless you have something else to add, since my phone seems to be getting scratchy, I think I’ll just … [laughs] well, now it seems to be ok (!). Is there anything else you would like to say before I stop the recording?

Julie– Ah, I just wanted to finish saying that … his hair was not dark but not red either—I wish I could describe the color of it, but …

Ted– “Red highlights,” would that say the right thing?

Julie– [pause] Somewhere between medium and dark … and he reminded me of … do you remember when we saw that thing about genetics, and we saw the woman who is now queen of Jordan who has the red hair? <yes> And it talked about the Jordanians being Aryan or being … not of the Semitic races? <I’m not sure …> I’m trying to remember … but that’s what he looked like. Oddly enough, which makes no sense whatsoever—in some ways, but … ah, I think the Persians are related in that way, too … so it’s …

Ted– Would you say, then, that he had more of an ‘Aryan’ facial type than a clearly Semitic appearance? <Yes …> … particularly regarding the nose?

Julie– Most definitely, and he did not, in this particular setting, have any facial hair, which was one of the things—if I had had time—I would have been struck by. And I don’t know whether I saw that clearly or was just so overwhelmed, I didn’t know what to think.

Ted– Could you tell his eye color?

Julie– Definitely not blue. The eyes were … and I’ve perceived this before … more like they were amber colored—dark amber colored. Not blue, but very piercing.

Ted– And would you say he was of average height, say, or over six feet?

Julie– Not over six feet … I would say … about like you.

Julie– Ok, well, then that was it.

Ted– Well, if you are feeling finished then, and ready for me to stop the recording, you can tell me any time, or you can continue on if you’re comfortable doing so.

Julie– That’s fine—you can turn it off. 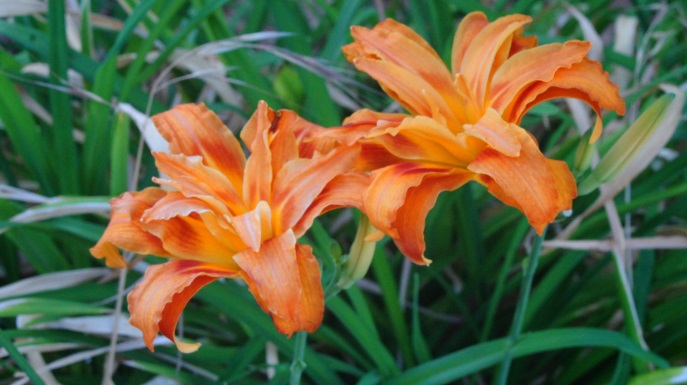